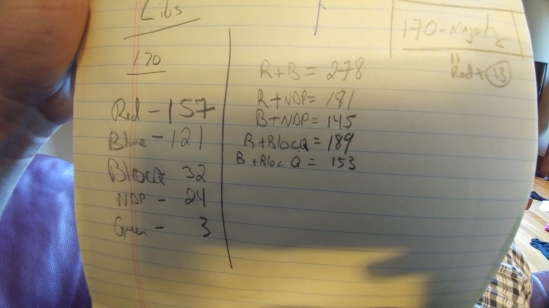 Goodbye Indigenous communities affected by neglect and extreme racism. A lot of whom have opened up legal pot shops on their sovereign lands after being left out of the big business legislating of cannabis laws. Are you going to let them prosper or attack them for being the same kind of entrepreneurial that the suit and tie guys are in the cities; albiet focused on their communities and not their stock portfolios.

A most hearfelt farewell to protected environmental areas and extreme immediate investments in green technology that we need to exist for the next million generations.

Indeed, farewell to those future generations. Thou is missed in thine logical absence from the brief arc of time in which our species has but a drip of belonging.

The blue guys and the red guys are the same guys, guys.