As cathartic as it may be to watch buildings responsible for the housing of as much sin as salvation to be burnt to ashes – remember that the Catholic Church were as regimented as the Nazis were in their record keeping.

The Roman Catholic Churches in Canada have some of the most accurate genealogical records in the world – especially the churches in Quebec. To think they don’t have as accurate records of who and where and how people died is absurd. The records may be embellished and inaccurate and victim-blaming in nature – but they surely exist.

Catholic-funded organizations across Canada were responsible for the warehousing of those they considered “less-than” since Canada was founded and long before. We are only hearing about indigenous murders now that are coming to light but any of the families affected by this genocide know the true number will never be uncovered.

Many of the same structures that allowed indigenous men and women to be sterilized and scapegoated throughout Canada’s history are still operating in some format and also used to oppress others. One important example is those deemed mentally-ill and as long as the paperwork exists – which can be paid for – that person loses all their rights without trial or evidence. Perhaps even their reproductive rights and the right to parent children they have raised since babies while their children are hauled away and told lies about how they were brought up and who their parents are.

The framework for this in Canada was created in Nova Scotia and is incredibly abusive in nature. This framework allows for, given proper paperwork and no trial, a person may have their children removed and medical procedures performed without due process. It allows for police departments to delay paperwork; to overlook and forget things; to ignore relevant evidence that doesn’t fit the narrative they have created to frame an innocent person who is different from them in order to achieve some end or control the behavior of said person.

There are absolutely fundamental violations of humans rights on record going back for generations and those records are written on paper in the churches that are being burned down prematurely.

Never forget – one strategy of the Catholic Church and the Jesuits in Central and South America was to burn thousands of years of indigenous written history that proved the world was older than the limited-controlled-knowledge upon which the power-structures in Europe based their divine-kingships.

Being angered and incited to violence and looking to tear down these oppressive symbols is an inappropriate yet understandable emotion.

They want you to be angry and to react so they can point their cameras at you and say what a monster; to say how uncivilized you are.

They tell fictional tales to people in power like police and and laywers friendly to their cause or perhaps who have hidden agendas or skeletons in their closet that can sway decisions in a small town. When the people in power never really double-check the stories of their white-collar criminal friends – a lot of evil can happen in the cogs of beauracracy.

One is not allowed to have their rights violated by vigilantes in power.

Slowly we have reached a point of addressing the historical wrong but the reality is that the philosophical, structural, systemic descendants of those incredibly genocidal original laws and organizations still exists and are still used to sterilize and oppress people – some of whom are simply victims of extraordinary intergenerational abuse and driven to what may appear to be madness but is easily PTSD to a racist, sexist, power-tripping, minimally-socialized, combat-seeking police officer that joined so that he could play army and still go home to his wife at the end of the day.

A lot of people who come from rich families or families of influence have enough money and influence to craft an image of any situation they do not like. They play 4-D chess all the time. My family allowed me to be severely abused as a child and explained my very clear strange behavior as me being mentally ill – intentionally bullying and isolating me and creating documentation with rich doctor and lawyer friends who see no evidence but are periodically fed gossip to create a caricature of the target to be destroyed if they step out of line.

I grew up in the 90’s in a household example of an extreme result of abusive Catholic schools that raised our parent in the 60’s and 70’s in a conservative town in Nova Scotia; a fatherless father looking to unleash the anger and hatred he learned from his nuns and his priests.

My entire childhood was filled with fear and threats and shame. All the power structures like police and health professionals and even school officials who probably could have helped me escape were spoken to first by my abusive father who explained in detail and in hushed tones what a monster I am despite how nice I appear to everyone else.

What I was unaware of was how this continued into my adulthood; culminating in me needing to secretly get tested for a genetic disease I knew I had but my family lied about. When I told my family that I can prove their insurance fraud; they unleashed the dominoes and destroyed my life. I recently obtained police disclosure with their videotaped statements and it is vey clear I was set up and that these people are responsible for my years of being stalked and the destruction of my reputation.

As hurt as I feel right now; I find strength in knowing that the very same power structures and laws that have historically been used to oppress people have been fraudulently used by the conservative power structures in my small town as soon as I refused to tow the party line of abuse, lying, and sweeping things under the rug. This character trait is clearly traceable to the lingering intergeneration abuse inherent in many of those who grew up with nuns for teachers, regardless of their race or location. The same nuns that worked in and out of residential schools are the same nuns that worked at the many conservative Catholic schools founded across Canada at the same time intended to educate and shape the conservative, racist, Catholic minds of the next generation.

The love-generation of the 60’s threw a bit of a wrench into it. As much as JFK was loved by the left as a reformer – he was murdered for being so and the paperwork was such that the facts disappeared.

On the opposing side – an often unrecognized fact – is that within the framework of JFK’s Catholic morality was the capacity to preach equality and peace while at the same time having his daughter lobotomized. My father tried to chemically lobotomize me after I returned from serving in Kandahar when I was 20.

These are the same values and same century as we were doing these types of evils in Canada to lots of people; and we still do these evils under the guise of paperwork and buracracy that allows these abuses to exist – all of which was developed and maintained for generations by the Roman Catholic Church and it’s operators under various aliases and social service organizations.

The same framework and attitudes of the Jesuits that burned the history of those they didn’t agree with – replacing it with tales of uneducated savagery – are the same laws and attitudes in my backwards province in Canada that allowed lawyers, police, and medical professionals to be manipulated with nothing but unfounded slander about my character and citing hand-picked quotations of my poetry stories to fit the narrative of an unstable or unfit father. This includes the arresting officer who late – filed inaccurate police reports after delaying court by not showing up – after booking my court date for more than a month after all of the other people arrested that day attended court (I checked the news reports).

When I first attended court and my paperwork wasnt filed – but social services already decimated my life – the police that ignored my clear evidence of me being stalked and harassed now had to justify the destruction of my life and the decimation of my child’s final year of her elementary school and performing her solo in the final musical festival after four years of being in her school band and being the most experienced trumpeter on the team.

Using lies and slander from my rich conservative catholic family who did everything they could my entire life to silence me about the physical, emotional, and sexual abuse I grew up with in my home and was never even sort-of believed about.

If your rich family wants to silence you; they use the legal framework available to them with their vast wealth to do it. The truth often doesn’t matter.

For all the people whose children and lives were stolen by the Catholic churches abuses – they are the rich global family that is responsible. Burning their records of their abuse in protest of that abuse only absolves them by destroying the documentation and proof of what they did.

Maybe the priests started the fires to hide the records?

Historically, that’s been the strategy.

Excerpt from “Foundation for the Care and Protection of Feeble-Minded Persons”. This organization and its framework was used as the model for similar organizations, laws, policies, and procedures that removed the rights of individuals to make fundamental decisions about their own lives because Catholics interfered, often using shame and fear to force people in power to comply. 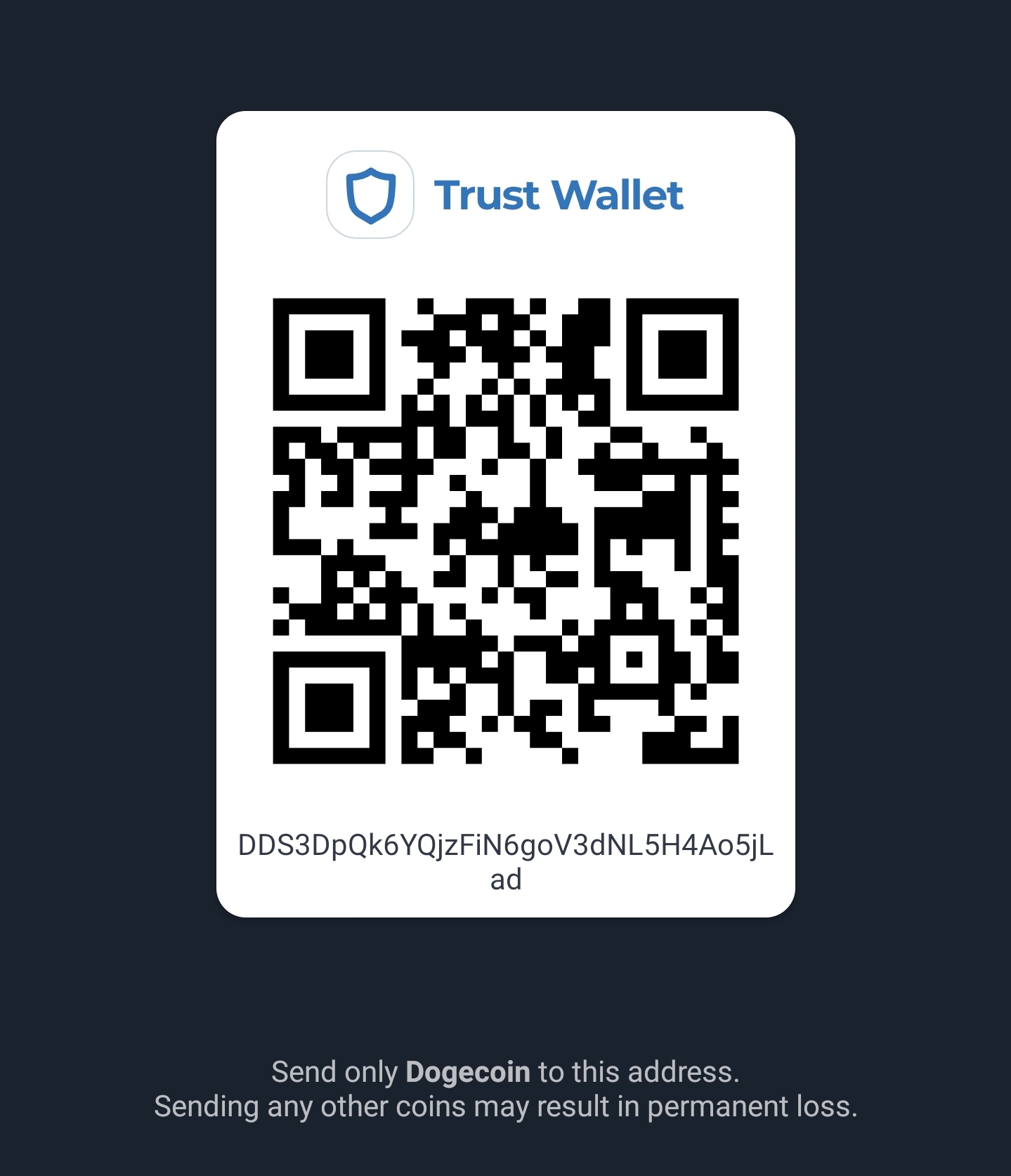